Nick Radford was completely surprised when told his 1990 Mack Valueliner had been voted the Owner//Driver Tranzmile Truck of the Year for 2018.

This was the inaugural running of the Tranzmile-sponsored award, and the other 11 contenders of various makes and models were of a much more recent vintage.

However, Nick was even more impressed when he was presented with the shiny and substantial trophy at his Radford Pastoral property at Penola in South Australia a few days later.

For more on the 2018 Truck of the Year, see the March edition of Owner Driver. 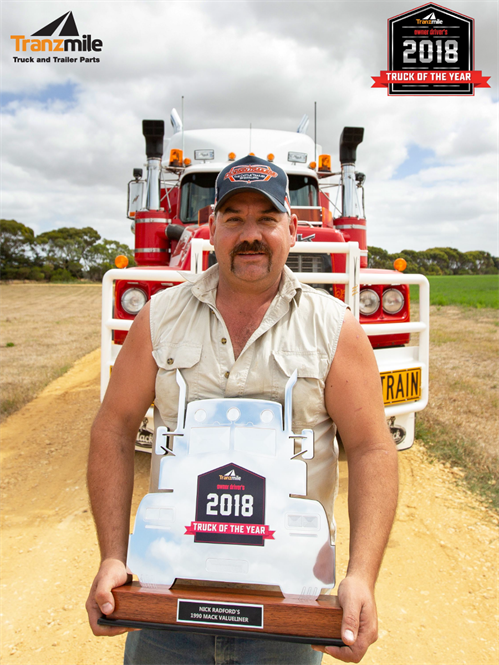